I tried pip uninstall 9 and it doesn’t remove it. I also tried git stash, even forking my repo again (from when I didn’t install this), and it still shows up when I do pip freeze

I also couldn’t find anything called “9” in the python libs folder. Is pip freeze also scanning some kind of system variables and not just libraries?

Go into your site-packages directory for that environment and look for files or directories by that name, and delete any that exist.

I was looking in the wrong python folder, I went into the correct one now and found it in site-packages.
False alarm, definitely not malware - it was just a bunch of text files in the end 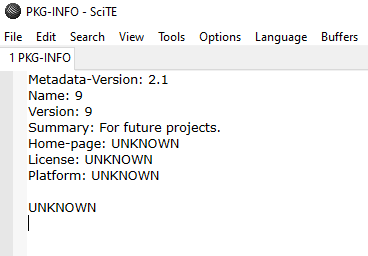